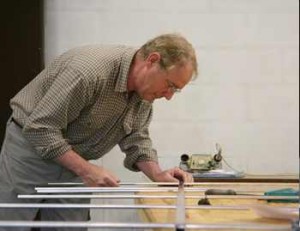 ACMA allocates access to the radiofrequency spectrum through one of three licence types: Spectrum, Apparatus or Class licences. The Amateur Service falls within the Apparatus licence category.

The amateur service is designed primarily to facilitate hobby radiocommunications and for technical experimentation and operates on specified frequency bands. Amateur radio operators communicate using transmission modes including, but not limited to, Morse code, telephony and data.

Anyone can listen to the amateur bands using a receiver, but to transmit, operator qualifications, issued by the WIA (see below), and a licence issued by ACMA is required.

An amateur apparatus licence is issued to authorise a station that:

In Australia there are five amateur station licence types that are issued to qualified persons, these are:

The licence will only be issued to a suitably qualified person and subject to the conditions contained in the Licence Conditions (Amateur Station) Determination (LCD).

Since 2 February 2009, the WIA has issued amateur certificates of proficiency, in addition to conducting amateur examinations (including special examinations).
Callsigns

Since 2 March 2009, the WIA has been responsible for the management of all levels of amateur callsigns, including special event, repeater and beacon callsigns. Under the new arrangements, all amateurs wishing to be issued a callsign must apply to the WIA for a callsign recommendation. Upon application, the WIA will provide a recommendation for an appropriate callsign. This recommendation will be a necessary part of ACMA’s amateur transmitter licence application and variation process.

This recommendation will be relied on by ACMA when issuing a licence or varying a licence. A callsign is a condition of a licence, and ACMA remains the licensing authority, issuing or varying amateur licences in accordance with the Radiocommunications Act 1992.

This part provides a Guide to Callsigns, the Public List of Available Callsigns and a Guide to Certificates of Proficiency.
Wireless Institute of Australia